Browser Refresh
Remember to sometimes refresh/reload browser cache. The refresh button, also know as refresh option, is a function of all Internet browsers. It is used to ask the browser to send you the most updated version of the page you're viewing.
Site TitleSite Slogan 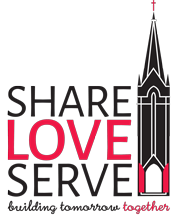 The information contained in this website is for general information purposes only. The information is provided by St. John the Evangelist Anglican Church and while we endeavour to keep the information up to date and correct, we make no representations or warranties of any kind, express or implied, about the completeness, accuracy, reliability, suitability or availability with respect to the website or the information, products, services, or related graphics contained on the website for any purpose. Any reliance you place on such information is therefore strictly at your own risk. In no event will we be liable for any loss or damage including without limitation, indirect or consequential loss or damage, or any loss or damage whatsoever arising from loss of data or profits arising out of, or in connection with, the use of this website. Every effort is made to keep the website up and running smoothly. However, St. John's takes no responsibility for, and will not be liable for, the website being temporarily unavailable due to technical issues beyond our control. This website and its content is the copyright of St. John the Evangelist - © 2020. All rights reserved; any redistribution or reproduction of part or all of the contents in any form is prohibited without express written permission. 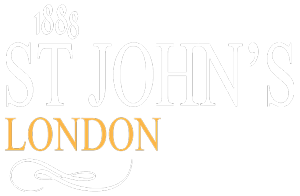 Nurture your spirit -
make a difference in the world.

Everyone is welcome! Yes, it’s true. Jesus welcomed everyone and so do we as followers of Jesus. We invite you to join us to sing, pray and learn so that we can shine the light of Christ into our world as we share, love and serve. Sunday services at 8:00 AM and 10:30 AM.


Pre-registration for in-person worship is required. To make a reservation, please contact the church office at (519) 432-3743 or office@stjohnslondon.ca.

Welcome back to our church! In-person church services have resumed on Sundays at 8:00 am and 10:30 am. You are required to reserve ahead of each service if you would like to attend.

To make a reservation, please contact the church office at (519) 432-3743 or office@stjohnslondon.ca before each Friday at 12:00 pm for the following Sunday.

As part of the Anglican Christian Baptismal Covenant, Anglicans promise to “strive for justice and peace among all people and respect the dignity of every human being.” Keeping with this covenant, St. John the Evangelist Church is committed to social justice, equity, and anti-racism. We support the Bishop of Huron’s recent message on social justice, equity, and anti-racism. (see resources)

Resources to Learn & Make a Difference.

- Bishop of Huron Message: Social Justice, Equity & Anti-racism
- Washington Post: When black people are in pain, white people just join book clubs
- New Yorker: A Sociologist Examines the “White Fragility” That Prevents White Americans from Confronting Racism
- Vox: White Americans are finally talking about racism. Will it translate into action?
- Pretty Good: Your Kids Aren't Too Young to Talk About Race: Resource Roundup
- Smithsonian Magazine: How to Have That Tough Conversation About Race, Racism and Racial Identity
- CBC Firsthand: 5 Creative Canadians Changing the Conversation About Race
- CBC: How to talk to kids about race, and why you should start now
- Global News: ‘Boxing in the wind’: Why white Canadians still struggle to talk racism
- Canada Race Relations Foundation: Glossary of Terms

As followers of Jesus Christ, in prayer and ministry, we serve as God calls.

St. John’s was founded in 1864 making us one of the oldest parishes in London. We have been worshiping in our current building since 1888 and there are a number of beautiful and unique architectural and decorative features. We continue to add new stories to our history each year and everyone is welcome to join us in making new memories. 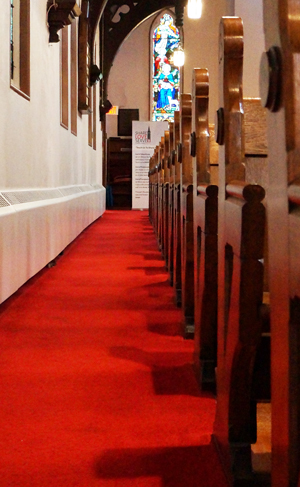 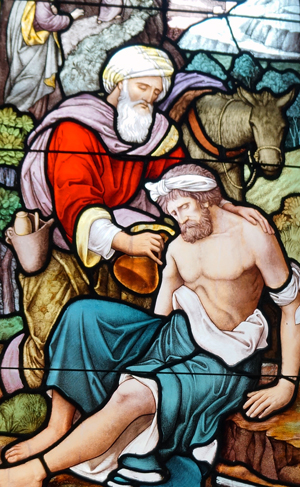 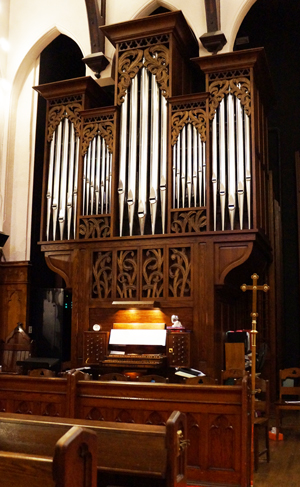 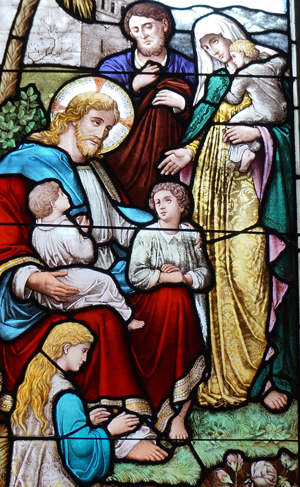 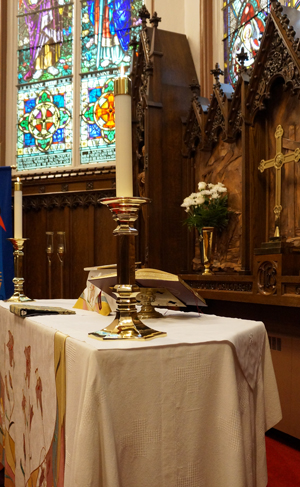 John was the son of Zebedee…

…the fisherman and Salome the daughter of Joseph, the betrothed of the Holy Theotokos. Called by the Lord Jesus, John immediately left his father and his fishermen’s nets and, with his brother James, followed Christ. From then on, he was not separated from his Lord until the end. With Peter and James, he was present at the raising of Jairus’s daughter and the Transfiguration of the Lord. At the Last Supper, he inclined his head on Jesus’ breast. When all the other apostles had abandoned the crucified Lord, John and the Holy Mother of God remained beneath the Cross. In obedience to the Lord, he was as a son to the Holy Virgin Mary, and carefully served and watched over her until her Dormition. Read More…

After her Dormition, John took his disciple Prochorus to preach the Gospel in Asia Minor. He lived and labored mostly in Ephesus. By his inspired preaching and miracles he converted many to Christianity and shook paganism to its foundation. The embittered pagans bound him and sent him to Rome, to face Emperor Dometian. Dometian had him tortured and flogged, but neither the bitterest poison he was given to drink, nor the boiling oil into which he was thrown, did him any harm. This terrified the emperor and, thinking him immortal, Dometian sent him into exile to the island of Patmos. There St. John converted many to Christianity by words and miracles, and confirmed well the Church of God. He also wrote his Gospel and Revelation on Patmos. In the time of Emperor Nero, who granted freedom to all prisoners, John returned to Ephesus, where he lived for some time, confirming the work he had begun earlier. He was over one hundred years old when he went to the Lord. When his disciples later opened his grave, they did not find his body. On May 8 of every year, a fine dust, fragrant and healing, rose from his grave. After a long, laborious and fruitful life on earth, this beloved disciple of Christ, a true pillar of the Church, took up his habitation in the joy of His Lord.

- The Prologue from Ohrid is a publication, usually printed in two volumes, was compiled by Saint Nikolai Velimirovic (1880 to 1956), a gifted theological writer in the Serbian Orthodox Church. Bishop Nikolai's work is a compilation of lives of saints, hymns, reflections, and homilies. It was originally written in Serbian.

Do you enjoy music? Music is an integral part of our Sunday services. Organ preludes and postludes and choral anthems provide opportunities for reflection, meditation and prayer. We have a number of talented musicians in our congregation and are always looking for more choristers and instrumentalists to lend their God-given talents. For those who have little experience singing or who cannot use music, worry not for you are still welcome to come and learn how to raise your voice in song!

There are about 20,000 known bee species worldwide, more than 800 native to Canada. Each is unique and pollinates different plants at different times. St. John the Evangelist is putting its church gardens to the service of the environment by transforming its flower beds into gardens for the bees and other pollinators. Plants of particular pollinator value are identified in the garden with a number and name. This tour can help the visitor find plants that could be added to a home garden. We invite you to take a self-guided tour and acknowledge our sponsors by clicking the button below and visiting our Pollination Garden Page.
GARDEN PAGE
history

The Church of Saint John the Evangelist as you see it today is the third home of a parish that began in 1864 with the building of a Chapel on St. George Street next to the newly founded Huron College. When that building was closed in 1884, the congregation moved to the Chapter House of the new Cathedral of the Holy Trinity on Piccadilly Street planned by Bishop Isaac Hellmuth, second Bishop of Huron. There parishioners worshipped until the present Church of St. John the Evangelist was built in 1888. 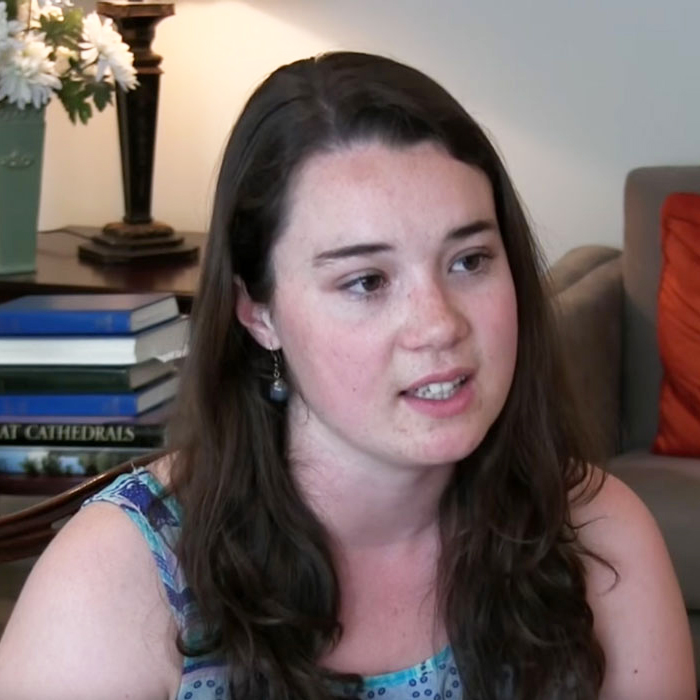 At St. John’s we strongly believe in serving and supporting the community. As a result, in addition to weekly worship, a major part of our Christian ministry includes volunteerism and outreach activities. We asked St. John’s parishioners why they come to church. When asked about the community, the common threads were inclusivity, energy, and a sense of home. 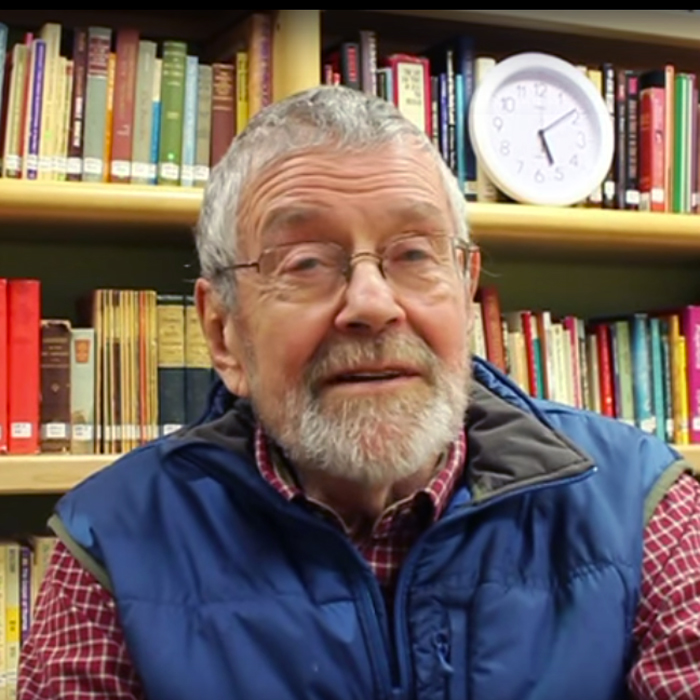 Every Saturday night at 5pm, a nourishing dinner is served in the parish hall to the needy of our community. Rotating teams of volunteers assist in food preparation on Friday morning as well as setting up, preparing and serving on Saturday between 3:30 and 7pm. New volunteers are always welcome.The following short film was produced in 2012 by first year film students at Western University.

At St. John’s we strongly believe in serving and supporting the community. As a result, in addition to weekly worship, a major part of our Christian ministry includes volunteerism and outreach activities. In the past we have supported causes in London and around the world touching on issues including poverty, social justice, children’s issues and community health.

At St. John’s we strongly believe in serving and supporting the community. As a result, in addition to weekly worship, a major part of our Christian ministry includes volunteerism and outreach activities. In the past we have supported causes in London and around the world touching on issues including poverty, social justice, children’s issues and community health.


Establishing the sacrament of Communion—in which the bread and wine of the Passover feast come to symbolize the body and blood of Christ—Jesus himself distributes the bread to each disciple, suggesting the intimacy each of them shared with him at this solemn moment. For the artist, this event marked not only the apostles’ liturgical initiation but also the beginning of Christ’s church on earth and the establishment of its most important tenets and rituals.

About Us | ST JOHN'S